Skip to main content
Blog > Why do people are cheating: search for the causes

Why do people are cheating: search for the causes 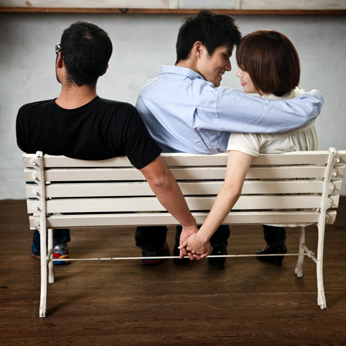 Cheating - it's a fact of life. Allegedly, monogamous relationship in the animal world really is not monogamous. About a quarter of the chicks growing up in socially monogamous birds’ nests, such as swallows, are not the children of the males who bring them. Infidelity is a part of human heritage. Why? If a person is unhappy with his partner, why they are living together?

The theory of the good genes

Not so long ago it seemed like a simple task for scientists. For women, it was thought that the main advantage of infidelity are the best genes for children (well, gifts received from lovers). For men is a broader distribution of its genes, a greater number of descendants.

In recent years broke both theories of criticism and evidence to the contrary. As for men, the theory would work only if the men were very different from each other by the number of children conceived by them. But the data on the various communities to contradict this: the reproductive success of different men differ not stronger, which with women. Conclusion: the desire to maximize the number of children was not viable (unconscious) reproductive strategy for men. Plausible reason that fathers were more important to feed their children than previously though is anthropologists.

Women's reason for infidelity seems easier. The woman who got the best possible men encountering even more remarkable man, for example, the owner of a magnificent figure, cannot resist the temptation. And as a great reward that gets by the best genes to their children.

The key problem of the theory of good genes that no one can pinpoint exactly what makes genes good. Area where a lot of food looks good as "Mr. Universe", but most of the human habitat is not so rich in resources, and in the case of a lean diet is much better to have a lean physique.

Any genes that are good in the current environment can be a hindrance if conditions change. Perhaps that is why the theory of the good genes unproven.

In addition, if there were good genes, all women would prefer males with good genes, and holders of other genes to become extinct.

The only aspect of the theory of good genes, which is still supported at least in research animals, it is a choice of males, which are resistant to local diseases and parasites.

This may be true for women. In communities where parasites are common, women are more interested in the visual appeal of men. They are also increasingly looking for casual sex, that is, it can be assumed that infidelity will lead to the fact that their children will have a better immune system.